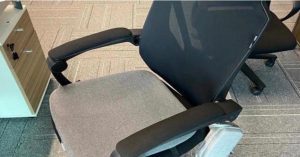 Using intelligent seat cushions to monitor employees may be against the law, experts warned Tuesday following reports that a company in East China’s Zhejiang Province had used such intelligent products to check on its employees’ behavior.

An employee from a Hangzhou-based high-tech company recently revealed online that all the staff in her company were given a seat cushion, which could detect their heart rate, breathing and sitting posture as well as how much time they were seated in the chair during their work hours. If the seat senses that the user hasn’t moved for a long time, it will send an alert.

However, the data collected by the cushion is not only accessible for users but also the employers, and many have accused the company of monitoring its employees illegally.

The company denied using the seat cushions to monitor the behavior of its employees, saying the cushions were just being tried out.