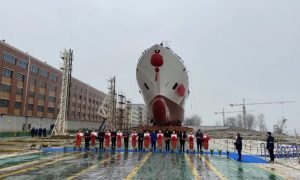 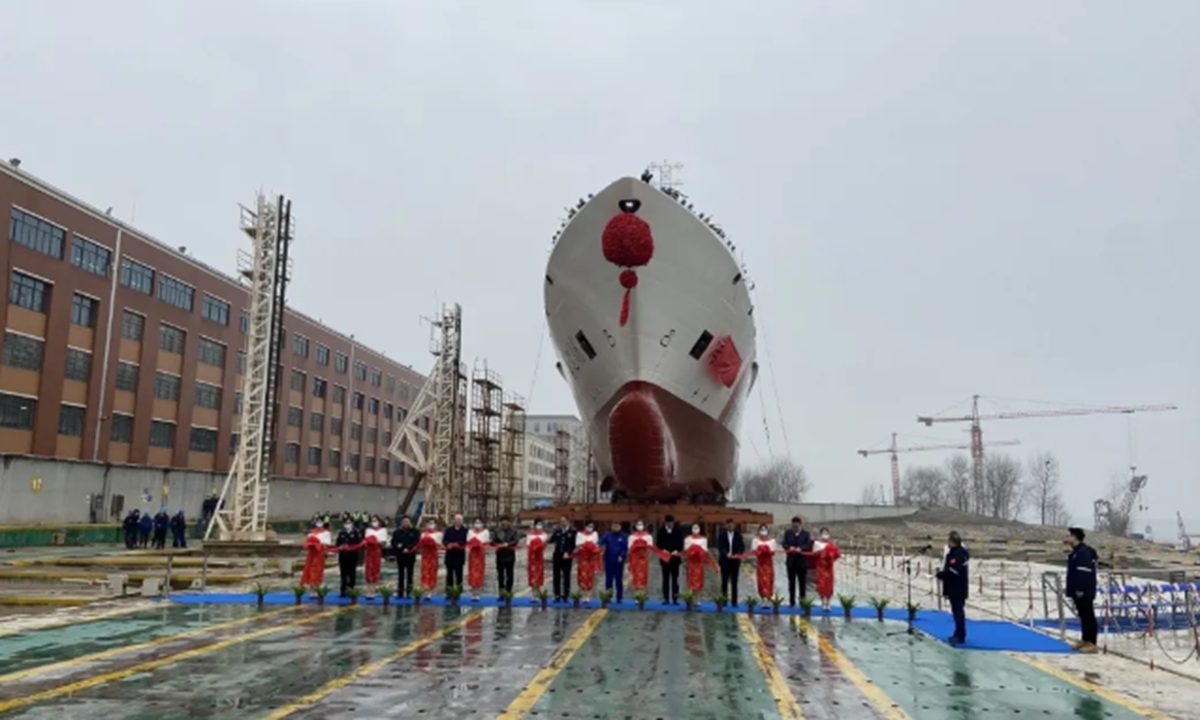 A patrol ship in the Taiwan Straits, developed by the China Shipbuilding Industry Corp (CSIC), held its launching ceremony on Monday, and will become China’s largest maritime patrol rescue vessel in the Straits after it is commissioned.

The Taiwan Straits is a high-risk area for water traffic accidents in China, and is also a key supervised sea area identified by China’s Ministry of Transport. The large patrol rescue ship’s presence in the Straits can help safeguard the nation’s territorial sea sovereignty and maritime rights and interests.

The ship, Haixun 06, is a 5,000-ton large patrol rescue ship tailored by CSIC’s 701 Institute for the Maritime Safety Administration in East China’s Fujian Province. It is the largest investment since the establishment of the administration and uses the most advanced technology.

It will be used for regulating Taiwan Straits’ waters, preventing pollution, dealing with maritime incidents, cross-strait exchanges and maintaining national maritime sovereignty, among other things, according to the institute.

It will also be put into use in national maritime supervision and emergency disposal missions.

The ship has a total length of 128.6 meters, a width of 16 meters and a depth of 7.9 meters. It has a designed displacement of 5,560 tons and a speed of 20 knots with an unlimited navigation capability, and can navigate around 10,000 nautical miles. It can also patrol at sea for 60 days without supplies.