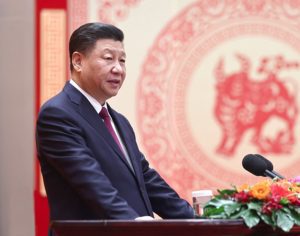 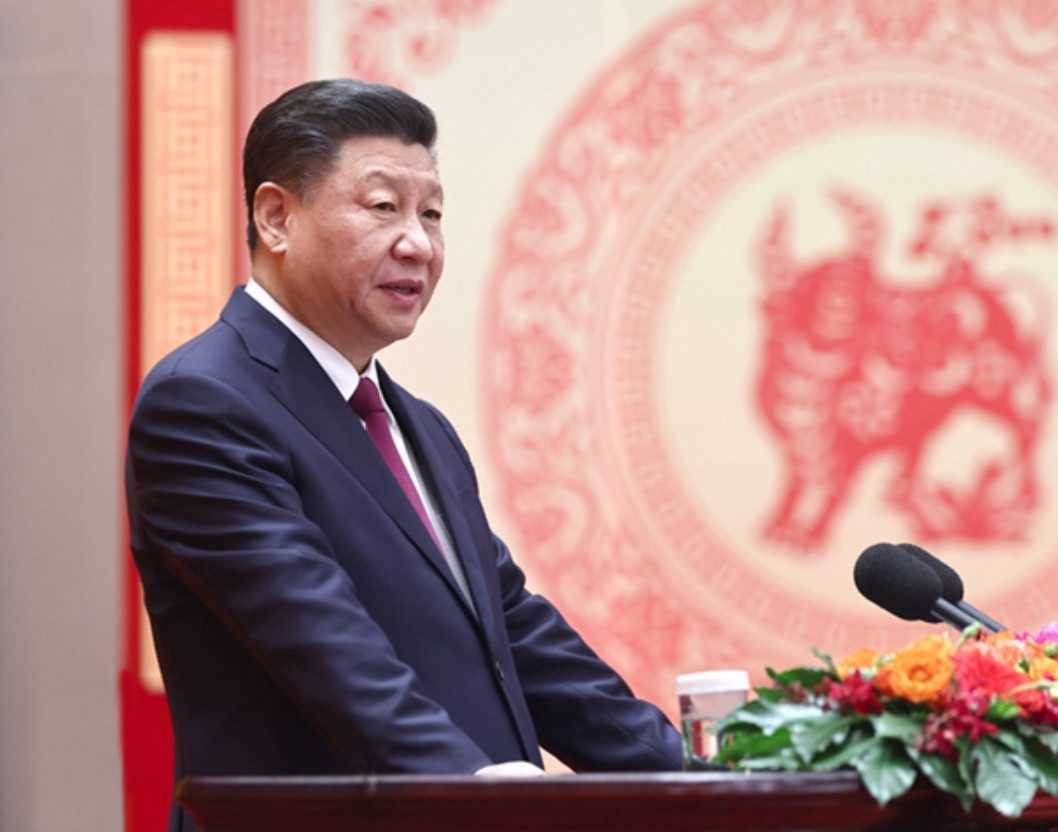 Chinese President Xi Jinping, on behalf of the Communist Party of China (CPC) Central Committee and the State Council, extended Spring Festival greetings to all Chinese Wednesday at a reception in Beijing.
Xi, also general secretary of the CPC Central Committee and chairman of the Central Military Commission, delivered a speech at the gathering at the Great Hall of the People, greeting Chinese people of all ethnic groups, compatriots in Hong Kong, Macao and Taiwan, and overseas Chinese.
This year’s Spring Festival, or the Chinese Lunar New Year, falls on Feb. 12.
Achieving the first centenary goal of finishing building a moderately prosperous society in all respects is a great feat of milestone significance, Xi noted.
Demanding the virtues of modesty and prudence, Xi called for efforts to achieve the second centenary goal and the great rejuvenation of the Chinese nation, and make new and greater contributions to the noble cause of securing peace and development for all mankind.
Party and state leaders Li Keqiang, Li Zhanshu, Wang Yang, Wang Huning, Zhao Leji, Han Zheng and Wang Qishan were present at the reception. Li Keqiang chaired the event.
Xi summarized the nation’s major achievements in 2020 under the Party’s leadership, including emerging as one of the first countries that brought the COVID-19 epidemic under control, taking the lead among major economies in achieving positive economic growth, making historic progress in building a moderately prosperous society in all respects and accomplishing the poverty eradication tasks on time.
The country also saw the success of a number of key science and technology innovation projects, solid progress in pushing forward the Belt and Road Initiative and the successful conclusion of implementing the 13th Five-Year Plan, as well as growing global support for building a community with a shared future for humanity, Xi said.
Facts have once again proved that the system of socialism with Chinese characteristics has incomparable vitality and creativity, Xi noted.
As long as the entire Party and the Chinese people of all ethnic groups rally closely around the CPC Central Committee, there is no difficulty that cannot be overcome, he said.
In 2021, efforts should be made to consolidate and expand the results secured in epidemic containment and social and economic development, Xi stressed, demanding a good start in boosting the country’s development during the 14th Five-Year Plan period (2021-2025) so as to celebrate the Party’s centenary with outstanding achievements.
Having completed a glorious journey of 100 years, the CPC has grown into the world’s largest Marxist ruling party that has been in power for over 70 years in the world’s largest socialist country, Xi said.
The centenary sees the Party, with more than 91 million members, in its prime with the widespread support of 1.4 billion Chinese people, he added.
The Party will remain invincible as long as it stands at the forefront of the times, leads the charge in overcoming difficulties and challenges, and takes root among the people, Xi said.