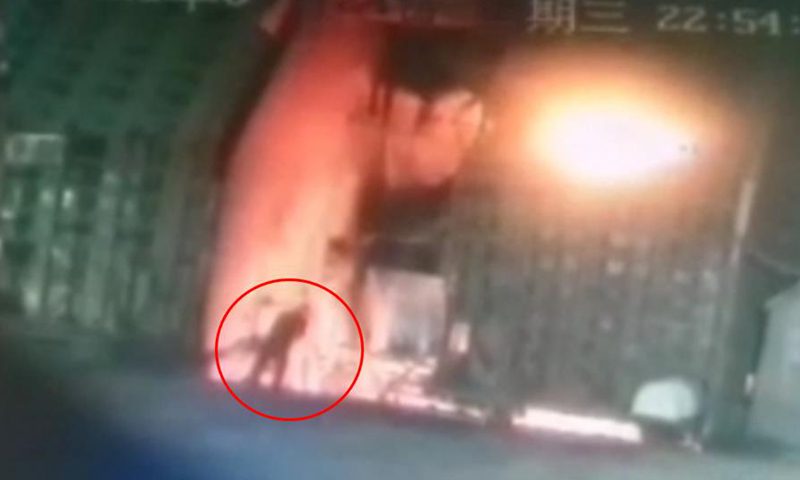 Baogang Group, one of China’s major steel producers, confirmed Tuesday that a steel worker with the group had committed suicide allegedly due to losses from stocks and futures trading. A viral video online showed the man jumped into a blast furnace.

In an announcement released on the firm’s WeChat account, Baogang Group disclosed that the worker, surnamed Wang, 34, had worked in the company for over a decade.

The announcement came after a video clip showing a worker jumping into the molten steel in a blast furnace began circulating on social media.

According to the announcement, Wang went missing on March 24, 2021 while on a night shift. The company immediately carried out a search, and surveillance video showed Wang committing suicide, which was later confirmed by police.

The company said that according to his workmates, Wang was introverted and unmarried, and had been buying futures and stocks through securities companies for a long time. On March 24, the day he committed suicide, he had lost more than 60,000 yuan ($9,138).

The company suspected that Wang’s suicide was related to the large amount of losses and his inability to repay his debts.

The company said they were deeply grieved by his death, and would console his family members and give psychological counseling to other employees. Further information will be released to the public in a timely manner.

The video clip circulating on Monday shows Wang walked to the slag spray port during the smelting operation, which was glowing red due to the high temperature.

Standing at one side of the port, he peeked into it, took off his safety helmet, walked a few more steps toward the converter, and jumped.

Many netizens grieved over the heartbreaking image of Wang jumping into the molten steel and were concerned about the reasons behind the incident.

“That’s more than 1,000 degrees. How could he make the jump into it?” one netizen posted.

Others raised questions as to whether the company was concerned about the mental health of its workers and whether it lacked safety precautions. At least in the video, the worker seems to have easily jumped into the blast furnace that had no apparent barriers.

Zhi Zhenfeng, a legal expert at the Chinese Academy of Social Sciences in Beijing, told the Global Times on Tuesday that the local safety production regulator should investigate whether the company had provided the necessary safety facilities. If everything was legal, the company would not bear legal responsibility.

Zhi noted that companies are obliged to guarantee a safe working environment and psychological counseling. If it fails to do so, or there are defects in its safety rules and regulations, it will have to bear corresponding responsibility.