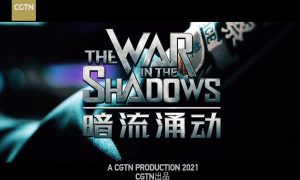 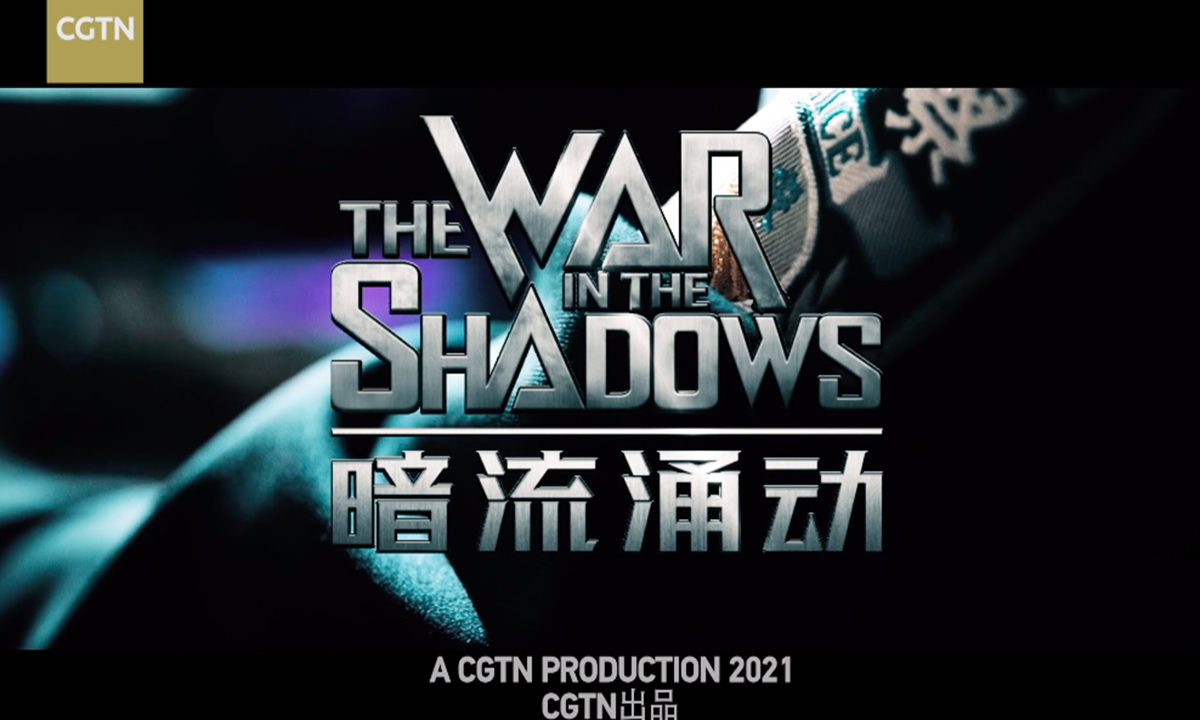 The fourth documentary on the anti-terrorism fight in Northwest China’s Xinjiang Uyghur Autonomous Region was released on Friday. It focuses on the region’s terrorist activities, “two-faced inside agents” and problematic Uyghur textbooks, as well as how the East Turkistan Islamic Movement (ETIM) slipped terrorist audio and video products into China.

“The War in the Shadows,” the 56-minute film produced by CGTN revealing the reasons behind Xinjiang’s once raging terrorism from inside the region, received many browses and inspired hot discussions on social media.

The documentary reveals typical cases of “insiders,” dubbed the “two-faced inside agents” who had been lurking in government – some even holding key positions – for a long time and were able to exploit the system via secretly collaborating with the “Three evil forces” (terrorism, extremism and separatism), backing them financially and facilitating their activities.

Taking the case of Shirzat Bawudun, who was once a high-ranking government official in the region, for an example, he was later found secretly supporting extremist activities linked to the terrorist organization known as the East Turkistan Islamic Movement (ETIM).

Shirzat Bawudun became police chief in Moyu county of Hotan after he was wounded during a fight with terrorists, for which he was commended as a “counterterrorism hero” in Xinjiang. He then secretly supported the spread of extremism and met with key members of ETIM during his overseas business trips, disclosing crucial anti-terrorism information to terrorists.

Shirzat Bawudun confessed that his behavior then as being “like a bottomless pit in which I kept sinking.”

As one of the least suspected environments, school classrooms also became a secret place where the extremists looked to spread their dangerous ideologies in the early 2000s. Police investigations revealed that under the direction of one of Xinjiang’s top education officials, the 2003 and 2009 edition textbooks contained information and images that contained ethnic hatred and incited separatism among Uyghur teenagers.

One chapter of the documentary — “The Textbooks” — revealed how former deputy secretary of education and work committee in Xinjiang, Sattar Sawut, used his power when he was head of the Xinjiang Basic Education Curriculum Reform Group to spread his extremist ideologies via books to influence children.

“The 2003 and 2009 textbooks contain a lot of gore, violence, terrorism and separatism. By distorting historical facts, they wanted to instill separatism in students with the end [goal] of splitting China,” Suriya Mirhadam, the editor of Xinjiang Education Publishing House, said in the documentary.

“Children’s perspectives and life values are gradually formed during childhood. If they were influenced by such toxic books at that time, it would be hard to calculate very negative consequences,” Li Wei, a research fellow at the China Institute of Contemporary International Relations and an expert on counterterrorism, told the Global Times.

Kadir Memet, former deputy chief of Urumqi Public Security Bureau, said in the documentary that “the greatest danger often comes from the enemy within.”

The release of the documentary and the correlating topic, “problematic textbook used for 13 years in Xinjiang,” became popular searches on Sina Weibo on Friday, with more than 100 million views and heated discussions. Weibo users lashed out at the separatists who were tarnishing education and misleading children.

“Similar to the street fights in Hong Kong, the most terrible thing is to plant hatred in school textbooks. It aims to erase your national identity. These toxic textbooks have poisoned a generation,” said a Sina Weibo user.

“Truth is exactly the opposite from misguided Western perceptions, [the] Xinjiang issue is not about ethnicity or religion, but about fighting extremism & terrorism,” a Twitter user M. Azeem Khan commented.

The in-depth disclosure in the documentary highlights the legitimacy and necessity of anti-terrorism and de-radicalization efforts, which is also a powerful counterattack against anti-China forces in the West.

In fact, re-educating people with radicalized thoughts are common practices in many countries, such as in Singapore and Britain, as Li Juan, Chairperson of the Legal Affairs Committee of the People’s Congress of Xinjiang, said.

“It is an international practice about how to educate and rectify people misled by extremist thinking,” she stressed.

“Compared with the anti-terrorism measures taken by Western countries, China’s anti-terrorism measures pay more attention to the protection of human rights. The US-led West world tends to kill terrorists as soon as they find them, without taking any effective measures to education them. However, China’s de-radicalization measures have pulled many people back from the brink of terrorism, ” Li added.