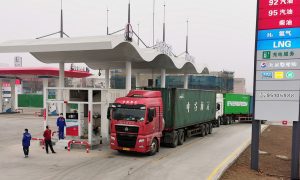 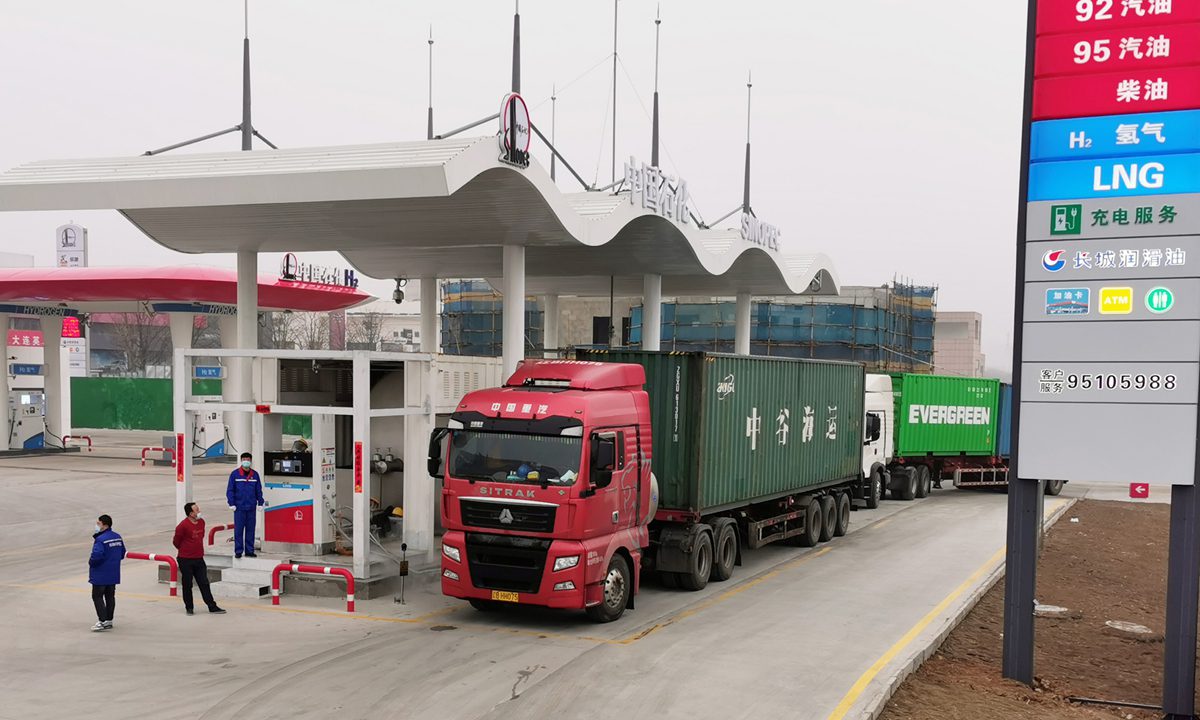 A truck driver in Tangshan, North China’s Hebei Province, committed suicide by drinking pesticide after he was told that similar regulation violation would be fined 2,000 yuan ($305) as his satellite positioning system was found offline while driving, violating the road rules. His suicide has triggered heated discussion online on whether the fine is inconsiderate, and more broadly, how to better ensure safe driving and business environment of truck drivers.

On Saturday, the investigation team set up by the city to probe the incident issued an official notice, saying that the driver committed suicide immediately after he was told by the checkpoint staff that according to provincial transportation regulations, similar violation (driving while satellite positioning system being offline) could incur a 2,000 yuan fine. No clash occurred between him and the staff, and during their conversation, the fine penalty wasn’t imposed, according to the notice.

The Beijing News reported on Thursday that the driver, Jin Deqiang had his vehicle impounded for not having his Beidou positioning system connected as he drove his truck through a checkpoint in Fengrun district, Tangshan on Monday. He then drank pesticide at the site and later died after doctors failed to rescue him.

Jin’s son told the newspaper that he had seen the surveillance footage and believed the staff at the scene did not try to stop his father from drinking pesticide, and failed to rescue him in time.

According to the official investigation, after finding that Jin’s satellite positioning system was offline, the staff directed him to park the truck at the checkpoint and told him to wait for further inspection. Instead of accepting the inspection, Jin immediately walked to a nearby supermarket to buy pesticide.

After returning to the checkpoint, Jin asked the staff what penalty he was going to receive. The staff checked related regulations and informed Jin that similar violation would be fined 2,000 yuan. After hearing this, Jin drank the pesticide quickly, at which point the penalty had not yet been implemented.

The staff on the site immediately called the police and an ambulance, but Jin died that night after efforts to resuscitate him failed, the official notice said.

According to regulations issued by China’s Ministry of Transport, if a driver who uses a satellite positioning device experiences a failure in the system but they still use the vehicle to conduct business activity, they will be ordered to correct their action by related organs. Refusal to rectify will incur a fine of 800 yuan.

Some netizens raised their doubts whether the connection failure in Jin’s case is an equipment defection.

Operator of Jin’s location device told China News Weekly on Wednesday that Jin may have been aware of the disconnection for a long time. “His device was offline since December 2020. The typical reasons include past due, signal or hardware problems. Usually a truck driver’s company will remind him of the status of his device”

Jin’s company told Red Star News on Thursday that they are only responsible for conducting vehicle checks for which Jin’s truck has no issue. “The driver’s smartphone is tied to the system, and the company is unaware of the BeiDou device’s status.”

Jin’s friend surnamed Liu who is also a truck driver told Red Star News on Thursday that the disconnection of Beidou satellite system is unlikely man-caused.

If the system is disconnected and has no positioning record, the driver will be fined. So truck drivers dare not to turn it off deliberately, Liu said.

Many netizens noted that Jin’s fine was the “maximum penalty” and an in-depth and comprehensive investigation should have been carried out before his penalty was implemented.

Official data released in 2020 showed that the average income of Chinese truck drivers is around 6,000 yuan ($916) per month. About 90 percent of drivers say their income has been declining.

Jin has a heavy family burden and the fine might be the “last straw,” some netizens speculated after a reported Jin’s suicide note emerged on social media.

“I am 51 years old, and have been a truck driver for 10 years. I have not saved much money, but got many illnesses. I was caught today in Fengrun, saying that my Beidou system was offline. As a driver how would I know about that?” Jin lamented in the note, which was reportedly left in a Wechat group of truck drivers.