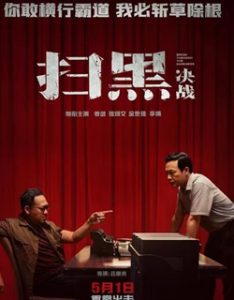 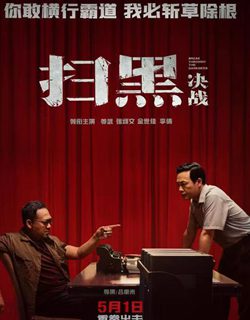 Chinese crime film Saoheijuezhan, which focuses on the fight against the organized crime, will debut on May Day, the production team announced on Wednesday.

A new poster was also released alongside the announcement.

The film, which commemorates the 100th anniversary of the founding of the Communist Party of China, follows Song Yirui (played by Chinese actor Jiang Wu), the leader of the anti-criminal task force, as he leads his team to conduct an in-depth investigation into a land acquisition and demolition case. As the case unfolds, he finds himself in a fierce struggle against evil forces behind the scenes. According to the producers, the film reveals many details and facts about the organized crime in China.

Many Chinese netizens expressed their high anticipation for the film, with many saying it may end up giving Zhang Yimou’s Cliff Walkers some fierce competition.

Currently, a total of 15 films are set to be released during the May Day holiday on May 1, according to Chinese ticketing platform Maoyan.