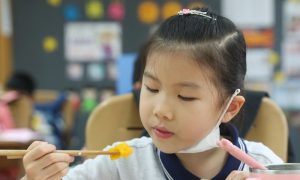 Chinese lawmakers on Thursday voted to adopt an anti-food-waste law at a session of the National People’s Congress (NPC) Standing Committee.

The law will go into effect on the date of promulgation.

According to the law, catering service providers could charge customers who leave excessive amounts of food waste a disposal fee, but rates for the charge must be clearly advertised.

Approximately 18 billion kg of food is wasted every year in China’s urban catering industry, according to a report based on nationwide field research carried out by NPC deputies.

The country also sees over 35 billion kg of grain loss at pre-consumption stages including storage, transportation and processing, said the report.