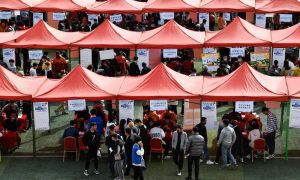 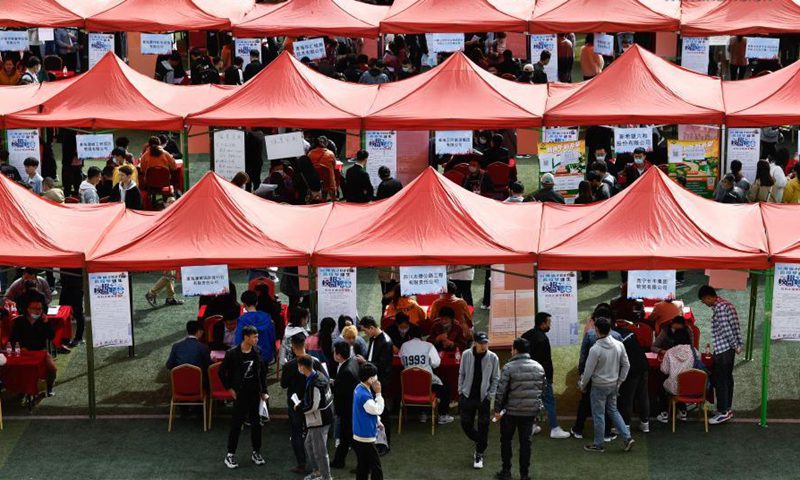 More than 9 million students will graduate from Chinese universities in 2021, a record high. Although the employment environment is still complicated and arduous, all departments will work together to ensure stable employment, the Ministry of Education said at a news conference on Thursday.

Observers noted that although China’s working-age population continues to decline, there will be no labor crisis in the short term, and the employment pressure on young people will remain huge.

A total of 9.09 million college students are expected to graduate from their institutes this year, an increase of 350,000 over 2020, reported the Ministry of Education .

Since September 2020, the ministry has been working to secure employment for the graduates-to-be. The annual recruitment of civil servants has been advanced by about two months, which is expected to be completed in July.

State-owned enterprises are also easing the pressure. A total of 589,000 jobs are being provided by these enterprises for this year’s graduates, according to the press conference.

The role of tertiary institutes as talent “reservoirs” will be used to moderately expand the scale of enrollment for graduate students and undergraduates.

Major colleges and universities are expanding their enrollment to absorb more graduates who wish to study further, and this can also ease the employment pressure.

In 2020, the Ministry of Education, together with nine social recruitment agencies, launched an online recruitment service platform for graduates. In 2021, the upgraded platform has so far displayed 14.51 million job openings and received 37.63 million resumes from 2021 college graduates.

Due to the impact of the COVID-19 pandemic, 2020 has been called “the most difficult employment season in China’s history.” Observers noted to the Global Times that the negative impact of the epidemic on employment will continue in 2021.

The seventh national census data released on Tuesday showed that the size of China’s labor force and its proportion of the total population are both continuing to decline, but experts pointed out that the employment pressure on young people is still huge.

Tong Yufen, a professor at the Population and Economics Institute of the Capital University of Economics and Business, said that China’s sustained economic growth and its level of development in recent years may actually reduce the absorption of labor in various sectors, further increasing the employment pressure on young people.