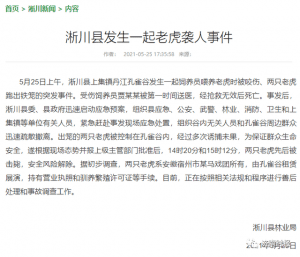 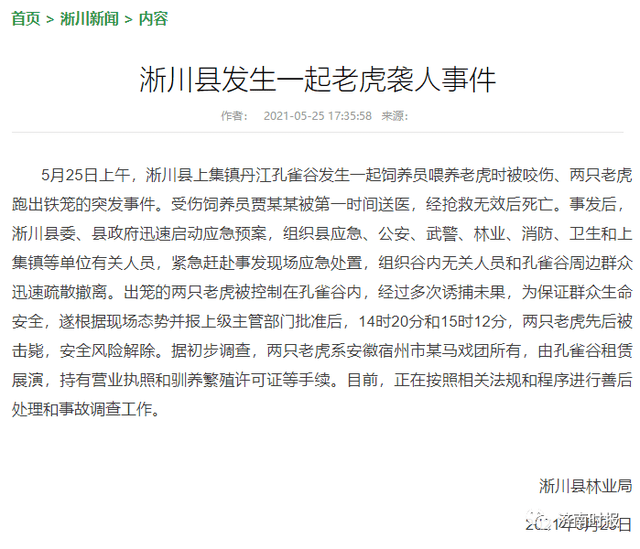 Two tigers at a local scenic spot in Xichuan county, Central China’s Henan Province escaped from their cage on Tuesday, before attacking and killing an animal keeper surnamed Jia. The tigers then ran away, but were later killed by local authorities to ensure public safety.

It came less than three days after a zookeeper was killed on Sunday after being attacked by a tiger in Bengbu, East China’s Anhui Province.

There has been an increase in attention among the Chinese public on proper management of animals and relevant safety measures after several leopards recently escaped from the Hangzhou Safari Park and wild animals were spotted in a northeastern village.

The animal keeper was bitten by the tigers on Tuesday morning in Henan and was taken to hospital, but he later died of his injuries. Local authorities in Xichuan county immediately launched an emergency response plan and evacuated nearby residents.

The two tigers were soon found, but as local staff failed to trap them, the animals were shot to protect local people.

After a preliminary investigation, the two tigers were found to be from a circus in Anhui which had been hired by the scenic spot. Local authorities are still working on the investigation into the accident.