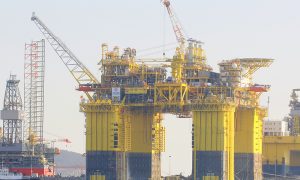 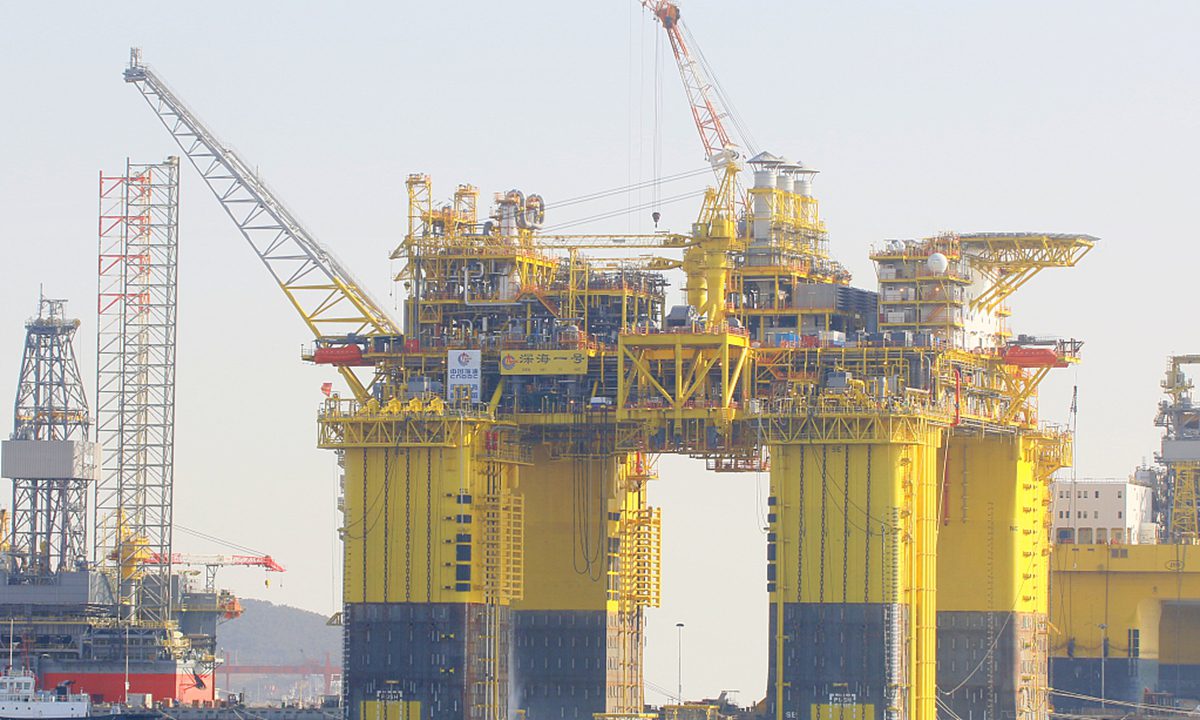 The “Deep-Sea No 1” energy station is now stepping up the final joint commissioning of equipment. It is expected to formally be put into production at the end of June, with an annual output of more than 3 billion cubic meters of natural gas.

The energy station will be used to develop the “Deep-sea No 1” gas field, which was discovered in August 2014 in the Lingshui area, southeast of South China’s Hainan Island, with a maximum depth of 1,500 meters. It is the first major oil and gas discovery made from China’s self-operated deep-water exploration.

CNOOC officially started the substantive engineering construction work of the gas field in 2018.

The difficulty of the development and the complexity of the construction of the facilities of the “Deep-sea No 1” gas field is second to none in the field of offshore oil development, said You Xuegang, manager of the project.

During the installation of the energy station, three world-class innovations and 13 domestically initiated technologies were adopted, setting a record in the construction speed of similar platforms around the world, he said.

The gas field can meet one quarter of gas demand in the Guangdong-Hong Kong-Macao Greater Bay Area by delivering clean energy from the deep sea through the underwater pipeline around Hainan Island. It will become a new energy supply center in the South China Sea.

The “Deep-sea No 1” energy station started its journey in Yantai, Shandong Province, in the middle of January. It successfully arrived in Hainan for offshore mooring, installation, production and commissioning work after an 18-day voyage of more than 1,600 nautical miles.