Five people have died and 15 people were injured in a knife attack on Saturday in Anqing, a city in East China’s Anhui Province. The attacker has been arrested and the case is now under investigation, according to local police.

At 4:29 pm on Saturday, Anqing city public security bureau’s 110 service desk received a call reporting that a man at Renming Road, a commercial pedestrian street, stabbed pedestrians with a knife. The police rushed to the site, arrested the attacker and sent the injured people to the hospital for treatment, read a notice released by local police. 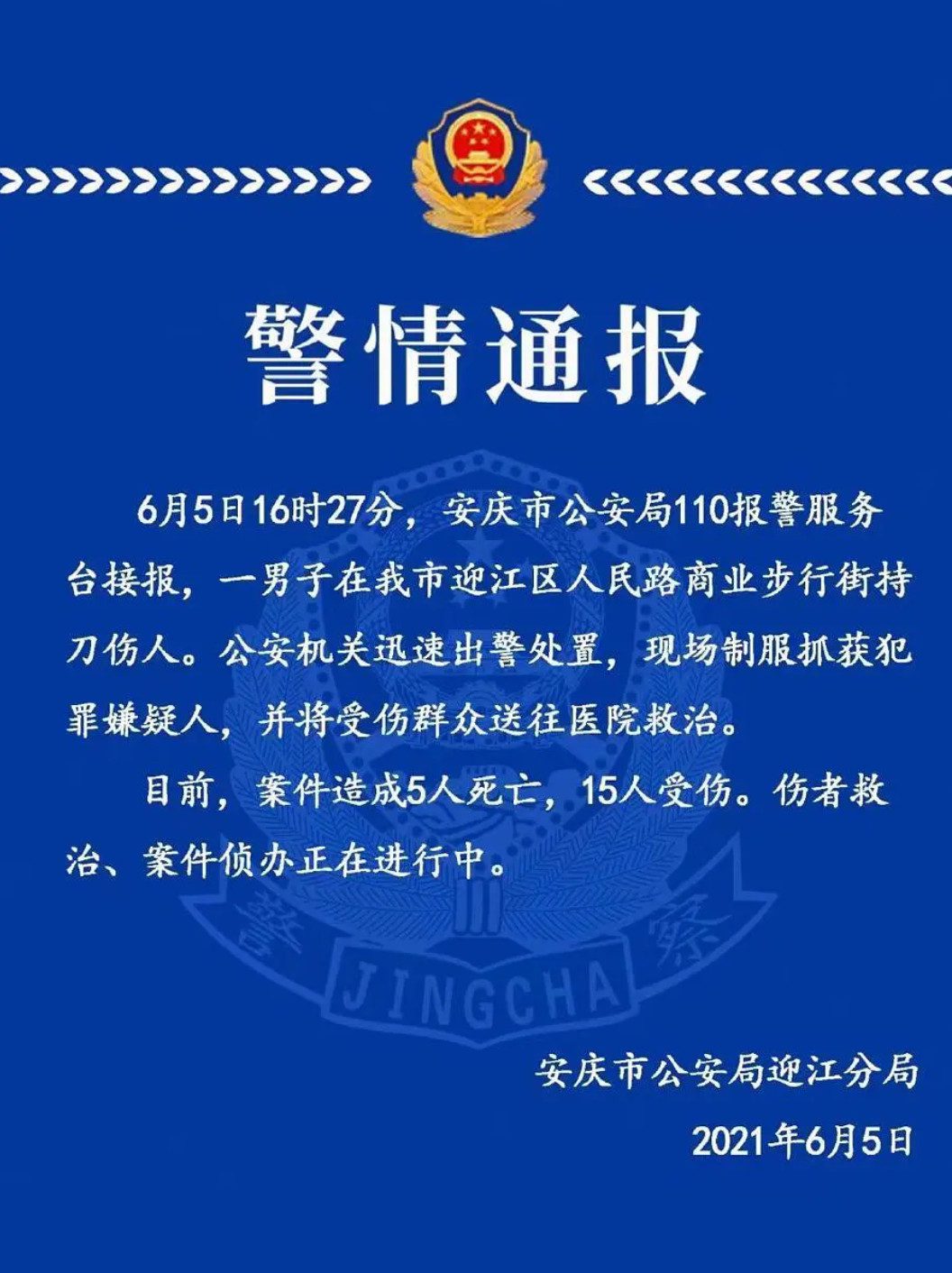 The attack has resulted in the deaths of five people and injured 15. All the injured have been sent to the hospital for emergency treatment. From a video taken by pedestrians that went viral online, a man was seen lying on the ground with medics providing help.

The reason for the attack is yet unknown and the case is under investigation.