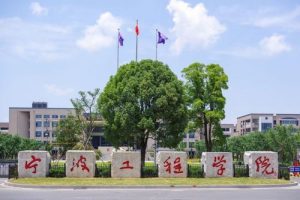 The murder of a woman by a foreigner in a university in East China’s Zhejiang Province has drawn public outrage, with many Chinese netizens calling for severe punishment and for the fact that he is a foreigner not to be a factor.

Many netizens have expressed regret and pain over the woman’s murder and some have called for impartiality in handling the case as they believe the nationality of the suspect should not be a factor given special treatment and could not be serve as a shield to dodge severe punishment.

The Yinzhou public security bureau in Ningbo first reported the incident on Friday, in which it said the police received a report at 10 pm on June 14 that a woman had been killed in the woods near Shiji Avenue in Yinzhou district of Ningbo. The suspect, a foreign male, was arrested. According to his confession, he murdered the woman over a relationship dispute.

In a second police release on Saturday, the local bureau said they had traced tools discarded by the suspect and objects related to the case.

Higher-level public security organs have attached great importance to the case. The procuratorial organ has stepped in according to law and the bureau will strictly regulate law enforcement to ensure the case is properly handled, the Yinzhou public security bureau said in the latest release.

The police did not reveal which country the foreign national comes from.

“In such a horrible and brutal case, the killer should never be given a lighter sentence just because he is a foreigner,” wrote one netizen on China’s Twitter-like social networking platform Sina Weibo.

In the past few years, there have been cases of foreigners receiving supranational treatment in various regions in China, which made this incident involving a crime committed by a foreigner of great interest to the public, observers noted.

Justice will definitely be carried out. This foreigner-related murder case in Yinzhou is a criminal case of serious nature, and the murderer will never escape the severe punishment of Chinese law, observers said.

China’s criminal law provides that foreigners who commit criminal offenses in China’s territory, except those with diplomatic immunity, are directly subject to the disposal of Chinese criminal law.