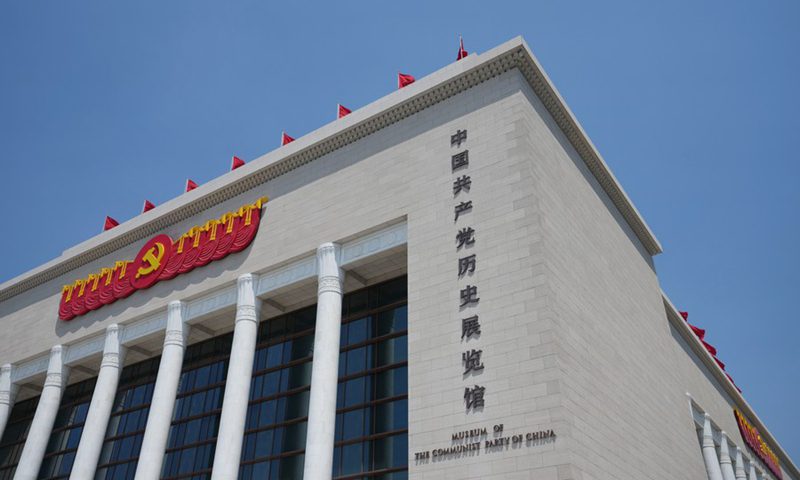 Ahead of the 100th anniversary of the Communist Party of China (CPC), the Museum of the CPC has opened in Beijing, capturing the attention of the country.

The museum, a site devoted to permanent and comprehensive exhibitions of the Party’s history, was inaugurated on Friday with its first visitors, including Xi Jinping, general secretary of the CPC Central Committee.Why is the new landmark museum described as the Party’s “spiritual home”? Why is it so important to the centennial CPC?

Scattered throughout China, revolutionary sites such as the memorial of the first National Congress of the CPC in Shanghai, the memorial hall marking the start of the Long March by the Central Red Army in Jiangxi Province, the venue of the 1935 Zunyi Meeting in Guizhou Province, and the Fragrant Hills memorial site in suburban Beijing, map out the contours of the CPC’s 100-year history.

Since the 18th National Congress of the CPC, Xi, also Chinese president and chairman of the Central Military Commission, has been reflecting on the Party’s founding mission during his inspections of revolutionary memorials across China in a bid to lead the Party and the country to create the future.

Believing that the Party’s history is the most vivid and convincing textbook, the CPC Central Committee, with Xi Jinping at its core, decided to build a museum of the CPC’s history in late 2017.