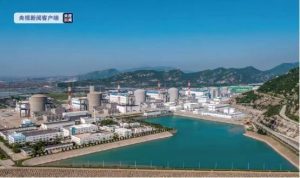 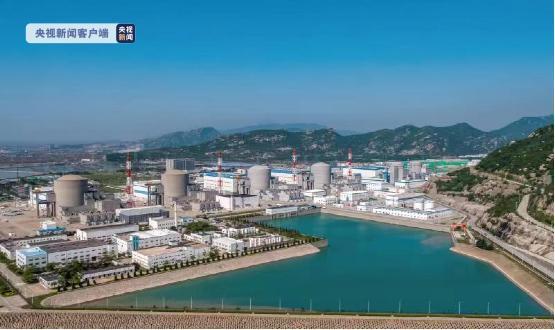 Construction of energy station of Tianwan nuclear power plant, in East China’s Jiangsu Province, designed to provide an industrial steam supply, launched on Friday, the first-of-its-kind project in China. It marks an important step in the diversification of China’s nuclear power use, in addition to electricity generation and residential heating.

The project has received investment of 730 million yuan ($108.77 million) and a construction period of 24 months, and is estimated to put into production by the end of 2023. It is expected that the structure of sea water desalination factory and energy station will be completed by the end of this year.

The project will also set an energy demonstration plan for the upgrade and transformation of China’s petrochemical industry.

It is expected that once the project is completed, it will be able to supply to Lianyungang petrochemical industrial base 4.8 million tons of industrial steam a year, equivalent to reducing coal consumption by 400,000 tons or cutting carbon dioxide emission by 1.07 million tons, sulfur dioxide by 184 tons and oxynitride by 263 tons.

Using nuclear power to generate industrial steam supply aims to address steam demand in the petrochemical industry, and is regarded as a new way to reduce comprehensive energy consumption and strengthen environmental protection. It generally extracts steam from a secondary circuit of nuclear power plant unit as heat resource, and the heat is eventually transmitted to the users’ unit through industrial steam pipeline network after multi-stage heating exchange.