Oops…more than 1,000 cases of Moutai smashed in transit

More than 1,000 cases of Kweichow Moutai, China’s most revered liquor brand, fell and smashed after a truck’s door suddenly opened when the driver was turning at a junction in Shanghai on July 3, Shanghai media reported.

The fallen cases of liquor were scattered on the junction, flowing across the road and causing heartbreak to locals who enjoy the famous drink.

The unfortunate driver, surnamed Luo, pleading in tears to the traffic police that he couldn’t afford to pay for damaged Moutai bottles worth 10,000 yuan ($1,423) each.

The exact monetary loss of the accident is currently under assessment. Luo’s boss had reportedly asked him to pay between 500,000 to 600,000 yuan to compensate for the broken Moutai.

It is possible that the truck’s door suddenly opened because the tuck was overloaded, local traffic police said. With a maximum load of eight tons, it carried more than 11 tons of liquors that day.

Luo’s wrongdoing made the recognizable smell of Moutai permeate through the air and on the road. Nearby residents claimed the liquor’s strong smell had made them drunk and actually attracted them to buying some of the famous drink.

“I almost rushed outside to the road with some peanuts and beans to go with the Moutai,” one resident joked.

The local police had to spend half an hour moving away the broken cases and restoring order on the road. 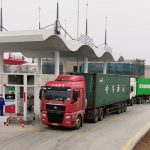 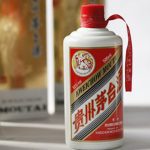 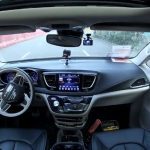