MediaTek has surpassed US chipmaker Qualcomm for the first time to become the world’s largest smartphone chipset supplier in the third quarter of 2020. The Taiwan-based chip maker occupied 31 percent of market share during the third quarter. China and India were the biggest contributors to MediaTek’s successful quarter, said a Counterpoint report.

The US’ sudden chip ban is one of the main reasons for MediaTek’s gain, Ma Jihua, a veteran industry analyst and close follower of Huawei, told the Global Times on Friday.

There has been a “reconstitution” in the global semiconductor market over the past year, as the US chip ban on Huawei has disrupted market rule in the sector, and buyers are not buying purely based on product technology or quality, but will strive to avoid dependence on a single firm, said Ma.

Chinese smartphone producers such as Oppo, Vivo and Xiaomi, taking lessons from Huawei’s experiences, are among those who most strongly felt the urgency of diversifying purchasing sources and will especially avoid being too dependent on a single US firm, according to the analyst.

The share of MediaTek’s chips in Xiaomi has increased by more than three times since the same period last year. It was also able to leverage the gap created by the US ban on Huawei, according to the Counterpoint report.

“If we consider MediaTek a ‘beneficiary’ of the Trump administration’s Huawei ban, Qualcomm may be the biggest ‘victim,'” Ma said.

Not only Qualcomm, but the continuation of the bilateral conflict could also jeopardize US semiconductor companies’ abilities to do business in China on an equal footing with their competitors. This could dent the estimated $49 billion in revenue that the US semiconductor industry derived from Chinese device manufacturers, according to a Boston Consulting Group report in March.

While the Counterpoint report pointed out that Qualcomm is still the largest supplier of 5G chipsets – 39 percent of the world’s 5G phones – the demand for 5G smartphones doubled in the third quarter of 2020, with 17 percent of all smartphones sold being 5G-capable. This impressive growth trajectory will continue, even more so with Apple launching its 5G line-up.

Qualcomm may still take the lead in the high-end 5G chips for a while with the coming 5G era, while in the later period, when 5G has been brought to the masses, competition on the market and the “battle” between Qualcomm and MediaTek, will continue to intensify, experts said.

Ma noted that Honor, a smartphone unit sold by Huawei over the US chip ban, may also diversify its sources from not only Qualcomm but also Samsung and MediaTek in addition to all other possible firms to avoid “risks.”

Qualcomm has previously voiced a willingness to talk and cooperate with Honor in some sectors, according to media reports, while no official deal has been announced so far. 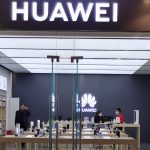 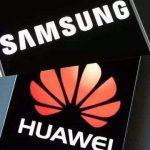 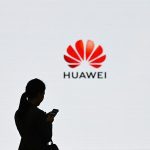