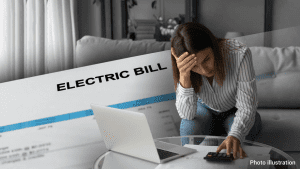 More than 20 million US households are behind on utility bills

New data indicates a staggering number of American households are currently behind on making utility payments due mainly to soaring energy costs, sparking fears that mass power shutoffs are on the horizon.

The NEADA chief told FOX Business what is even more alarming is the surge in the collective amount owed, which sat at roughly $8.1 billion at the end of 2019 and has now skyrocketed to around $16 billion. The average delinquent bill climbed from $403 to $792.

A primary driver behind the utility debt is a surge in energy prices. The cost of natural gas – used to power homes so folks can keep cool in the summer and warm in the winter – was up 30.5% year-over-year in July, according to the Labor Department.

While energy is in high demand in the summer, experts say heating bills this winter will bring more pain.