A stoppage-time goal from Hwang Hee-chan helped outsiders South Korea register a shocking 2-1 win over Portugal in the Group H match of the FIFA World Cup and qualify for the knockout stage of the tournament. On Friday at the Education City Stadium, The Koreans took second place in the group behind leaders Portugal who had already qualified for the last 16 round before their match against the South Koreans. 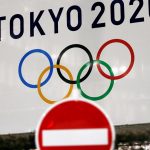