Amendment 11 to the Criminal Law was approved by the Standing Committee of the National People’s Congress on Saturday, meaning that minors aged 12-14 found committing crimes such as intentional murder will be held criminally liable. They will no longer hold immunity from punishment, the Xinhua News Agency reported.

Education and public security bureaus could decide to conduct correction education on minors who commit crimes but only under the criminal liability age with approval of a special education and guidance committee, the amended law stipulates.

The amendment came amid controversy and public concern over juvenile violence given the increasing cases.

The number of crimes committed by juveniles rose from 2018 to 2019 after falling since 2014. The main crimes committed by minors included theft, robbery, intentional injury, gathering to fight, provocation and rape, said a white paper released by the Supreme People’s Procuratorate in June.

The current 14-year-old criminal liability age in China was set by the Chinese Criminal Law of 1997.

But the public has been calling for a lowering of the age especially after a case in 2019 in which a 13-year-old boy from Dalian in Northeast China’s Liaoning Province murdered a 10-year-old girl and threw her body into the bushes after his attempt to rape the girl failed.

The offender was exempted from criminal liability and only given a three-year detention education sentence due to his age. 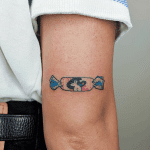 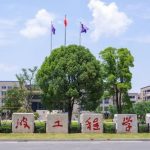