Two men from Changshu, East China’s Jiangsu Province — including a courier worker — were fined and given prison sentences of nine and six months for selling citizens’ personal information, a court in Changshu ruled recently.

Police in Changshu received a report from a courier company last December that a large number of clients’ personal data was checked abnormally, including over 100 pieces of information from clients in Suzhou.

Between November and December in 2019, Feng and Chen illegally obtained about 3,259 yuan ($498.71) and over 10,000 yuan, respectively, through their criminal behaviors which violated citizens’ personal information.

Chen and Feng were given prison sentences of nine and six months, and fined 20,000 yuan and 6,000 yuan, respectively.

“China has clear provisions about the protection of personal information in criminal law and a large number of cases have been dealt with through the means of criminal law,” Li Yi, senior partner of Zhong Yin (Nanjing) Law Firm told the Global Times on Monday.

With the popularization of the internet and application of big data, the risks of personal information leakage have become higher in recent years. In fact, criminal cases involving personal data leakage and privacy violations have been reported all across China.

A suspect, surnamed Wu, from Ganzhou in East China’s Jiangxi Province was detained recently for illegally obtaining 37,000 yuan through selling 62,900 citizens’ telephone numbers he acquired through a software.

Another man, surnamed Zhang, from Binchuan county in Southwest China’s Yunnan Province, was given a prison sentence of 10 months with probation and fined 20,000 yuan for illegally obtaining 24,000 yuan through over 21,000 pieces of citizens’ personal data he bought through the internet in February.

As home to the world’s most online users, China unveiled in October its highly anticipated draft law on personal data protection in a bid to tackle the long-held problems of information leakage and hacking of citizens’ personal data.

“Personal data protection is further stressed given this matter and it will define and protect personal data through the perspective of civil and commercial affairs,” Li said. 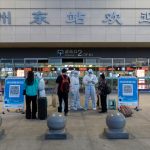 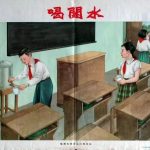