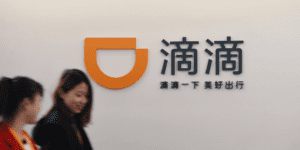 This move comes as the company struggles to gain profits, seeing its share price sink in private trading. Chinese daily life is tentatively returning to normal, heralding an increasing demand for ride-hailing.

Didi, which controls more than 90% of China’s ride-hailing market, has been putting safety at the top of its agenda for more than 2 years after a passenger was killed by a driver while using the platform’s hitch service. It is reported that Didi restarted its evening hitch service with improved safety features on March 27 this year.

Didi announced in the conference that it will gradually shift its policy of “safety at all costs” into long-term enhancement of safety and company culture.

Will Cheng, founder of Didi, said that Didi will map out its domestic business in two major directions. It will perfect the one-stop travel platform to serve more users and inject momentum to other innovations like autonomous driving and intelligent transportation systems.

Didi saw a surge in global users in 2019 and had completed more than 1 billion trips overseas by early 2020. It recently said in an internal letter that it will optimize its organizational structure and set up a new department focusing on user growth.

“These strategies are focused on user safety and opportunities for flexible income for our drivers,” said Cheng. “Didi is creating both commercial and social value.”