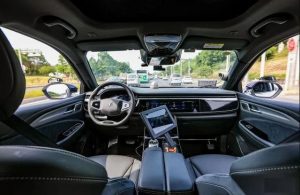 Baidu’s wins in Wuhan and Chongqing come a few months after the company scored a permit to provide driverless ride-hailing services to the public on open roads in Beijing. Last month, Baidu was able to start charging for those rides, but the permit still requires a human operator in the front passenger seat of the vehicle.

When Baidu launches in Wuhan and Chongqing, it’ll be the first time an autonomous vehicle company is able to offer a fully driverless ride-hailing service in China, Baidu claimed. Meanwhile in the U.S., Cruise recently began offering a driverless commercial service in San Francisco, and Waymo has been offering one in Arizona since 2020.

“This is a tremendous qualitative change,” said Wei Dong, vice president and chief safety operation officer of Baidu’s Intelligent Driving Group, in a statement. “We believe these permits are a key milestone on the path to the inflection point when the industry can finally roll out fully autonomous driving services at scale.”

In Wuhan, Baidu’s service will operate from 9 a.m. to 5 p.m and cover a 13-square-kilometer area in the city’s Economic and Technological Development zone, which is known as China’s “Auto City.” Chongqing’s service will run from 9:30 a.m. to 4:30 p.m. in a 30-square-kilometer area in Yongchuan District. Each city will have a fleet of five Apollo fifth-generation robotaxis, according to Baidu.

The zones where Baidu will operate aren’t densely populated, and they feature many new, wide roads that make it easier to operate autonomous systems. Both cities provide favorable regulatory and technological environments for Baidu to kick off its first commercial driverless service. In Chongqing, the Yongchuan District has been a pilot zone for autonomous driving, in which 30 robotaxis have accumulated 1 million kilometers’ worth of test driving.

The zone in Wuhan where Apollo Go will operate has revamped 321 kilometers of roads for testing AVs since 2021, which includes 106 kilometers’ worth that are covered by 5G-powered vehicle-to-everything (V2X) infrastructure. AVs can rely on V2X technology to collect real-time information about their surrounding environment and share those perceptions with other vehicles or infrastructure, essentially giving the robotaxis another form of sensor to fall back on, aside from onboard lidar, radar and cameras. V2X infrastructure also helps Baidu monitor vehicles remotely and pilot the vehicles if necessary.

Last month, Baidu revealed the designs for its sixth-generation electric robotaxi, the Apollo RT6 EV, which is a cross between an SUV and a minivan that comes with a detachable steering wheel. The company said it was able to trim production costs by developing the battery electric architecture in house, bringing the per-vehicle cost to $37,000 per unit. This will help Baidu get to a point of small-scale testing and deployment of the RT6 by next year, branching out to large scale in 2024.

Aside from its new service in Wuhan and Chongqing and its driverless service in Beijing, Apollo Go also has a presence in Shanghai, Shenzhen, Guangzhou, Changsha, Cangzhou, Yangquan and Wuzhen. Baidu said it plans to expand its ride-hailing service to 65 cities by 2025 and 100 cities by 2030. By the end of this year, Baidu expects to add another 300 Apollo fifth-gen robotaxis to its existing fleet, the company said.

Correction: A previous version of this article stated that Baidu was not charging for its driverless service in Beijing. As of July 20, Baidu has been able to collect fares in Beijing.