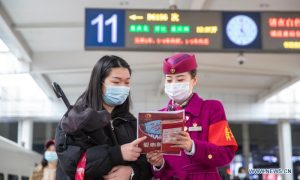 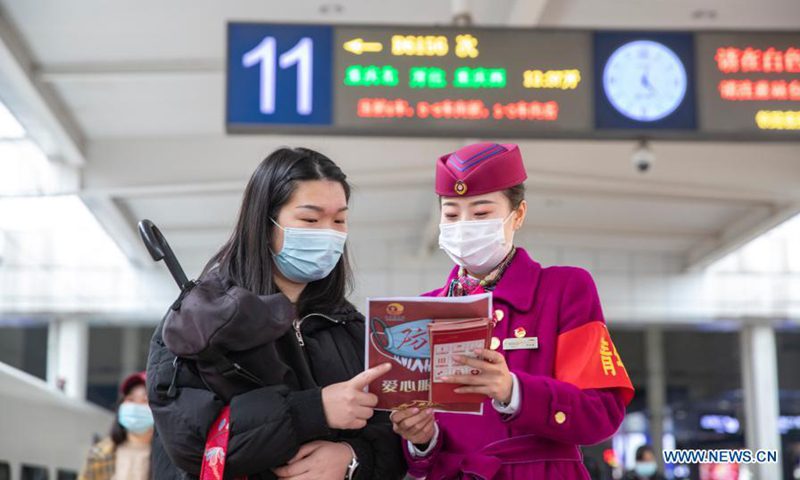 With China’s most important festival, Spring Festival, approaching, many people working outside their hometowns who plan to return home for family reunions have found their train trips canceled.

Another staff member told the Global Times on Wednesday that many trains across China have been suspended recently due to adjustments in the train diagram, but noted they didn’t know the reason for the specific suspension.

The staff member continued by saying that the train diagram is adjusted every year or every season, but noted that this adjustment was of “large scale” and “not common.”

For example, the Global Times found on 12306.cn, the official website under China Railway for booking train tickets, that G301, a train route from Beijing to Shangrao, East China’s Jiangxi Province, had been suspended. The staff member said that train trips for between January 29 and February 12 had been canceled. The Spring Festival holiday this year is between February 11 and 17.

Such suspensions came after many parts of China issued notices urging people to stay in their working cities for the upcoming Chinese New Year amid the COVID-19 outbreak. Unlike previous Spring Festival travel rush periods, this year’s travel season will see much less cross-provincial and cross-city travel, with airfares and hotel prices in many tourist cities plunging.

With the 2021 Spring Festival travel rush set to kick off on Thursday, the epidemic continues to spread, and clusters of outbreaks and sporadic cases continue to appear in local areas of China, said an official from China’s railway authorities at a Wednesday press conference.

The official noted that in order to meet the new requirements of “minimizing the flow of people and avoiding gatherings of people,” China’s railway authorities, based on the needs of passengers, are still paying great attention to improving transport capacity.

The Spring Festival travel rush in previous years was normally the world’s largest human migration, but observers said this year’s would be affected by the current epidemic control needs.

Shang Hei (pseudonym), who has worked in the home appliance industry in Hangzhou, East China’s Zhejiang Province, for 11 years, hasn’t been back to hometown for two years. Shang had bought a ticket for the G62 train, scheduled to depart from Hangzhou to East China’s Shandong on February 6, Dazhong Media reported.

However, he received a message from 12306.cn saying that the train had been suspended for “some reasons.” The message reminded him of getting a refund for the ticket in accordance with regulations.

A staff member said that the suspension of G62 was due to low passenger numbers.

The response made the rounds on social media.

Some suspected that the large-scale train suspensions were an attempt to prevent people from making long-distance trips, which could otherwise cause potential further infections of COVID-19, as China has seen a resurgence in coronavirus cases in some areas.

Some said the move is reasonable, as it is aimed at ensuring a safe Chinese New Year.

However, some netizens said their suspended train trips did not go through high- or medium-risk areas, and depart from and arrive at low-risk areas, so they were not convinced by the unclear reasons behind the suspension.

Some criticized the large-scale suspension as being a “one-size-fits-all” approach that made it hard for them to go home for family reunions.

Those who have their train trips canceled may turn to other means of transport such as bus or plane, some suggested.