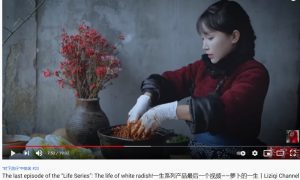 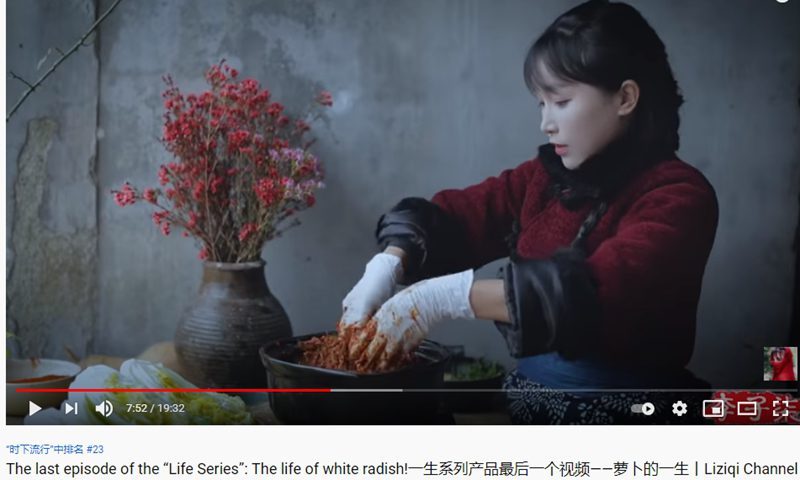 The official Sina Weibo account of the Guinness World Records announced on Tuesday that Chinese vlogger Li Ziqi set a new record for “Most subscribers for a Chinese language channel on YouTube” by going from 11.4 million subscribers in July 2020 to 14.1 million subscribers at the end of January.

“The poetic idyllic life and profound traditional Chinese culture in Li Ziqi’s videos have attracted fans from all over the world, with many YouTube fans expressing their admiration under her videos,” the post said in Chinese.
“The Chinese culture conveyed in her videos is going further abroad.”

Li uploaded her first video on YouTube, about how to make a dress using the skins of grapes, in 2017.

The news has been viewed more than 400 million times as of Tuesday on Sina Weibo. Chinese netizens quickly reacted to her new record, congratulating the vlogger and expressing the hope she can produce more brilliant videos to advocate Chinese culture around the world.

“I am glad to see that a Chinese vlogger who concentrates on showing Chinese culture such as delicious food can have such influence on an international platform. As a fan of Li, I am very proud,” a Chinese fan surnamed Feng told the Global Times on Tuesday, who added that she has watched every one of Li’s videos.

Her videos are slow paced and the scenery is very beautiful, she commented. “I can feel that she puts her heart in these works, making them very detailed.”

Since her start on YouTube, Li has found herself at the center of debates among followers from different countries on several ocassions.

She posted a 20-minute YouTube video on December 9, in which she is shown preparing pickled vegetables which kicked off a debate whether it was Korean kimchi or Chinese pickled vegetables, just one of a long series of cultural clashes between netizens in China and South Korea since the tail end of 2020.