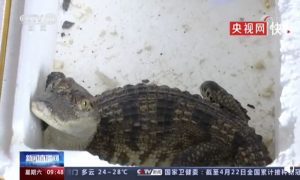 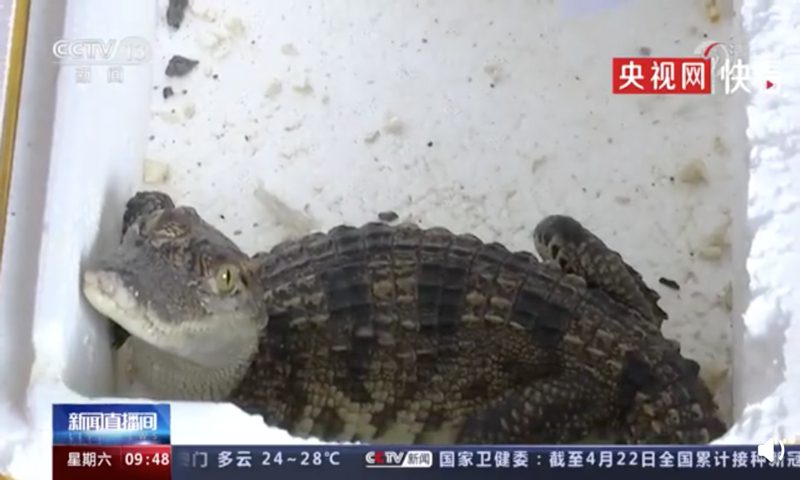 A fish purchased online by a resident from East China’s Shandong Province recently turned out to be a highly aggressive but critically endangered Siamese crocodile, Qilu Evening News reported.

When a resident from Dezhou in Shandong opened the package expecting to see a fish his child bought online, he found a 0.5-meter-long crocodile in the foam box.

Frightened by the highly aggressive creature, he sealed the crocodile back in the box.

Believing the crocodile to be dangerous and a hazard to the ecological balance, he took it to the local police for help.

According to an expert surnamed Kong from a local safari zoo, the animal is a Siamese crocodile aged about 3 to 4 months, and is capable of growing up to 4 meters long as an adult.

The Siamese crocodile has been listed as “Critically Endangered” on the International Union for Conservation of Nature Red List of Threatened Species since 2012.

According to China’s wildlife protection laws, the Siamese crocodile can be purchased and raised only with registration and strict examination and approval.

Li Cheng, a policeman from the publicity division of the local public security bureau, reminded the public that it is extremely dangerous to raise Siamese crocodiles in households.